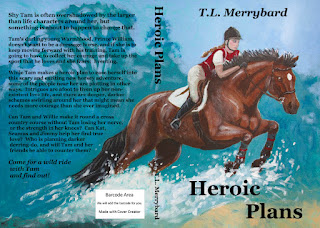 To celebrate the arrival of the Heroic Plans print edition at last, I have put the first chapter here for you to read!  Enjoy!