I've only really actually owned two cats in about a twenty-seven year span, so I don't really have that many to talk about.

Cyrano is currently eleven, and the cat I had before him, Nermal, lived to be seventeen

This is Nermal:
He was called Nermal because, like the kitten in the Garfield cartoons, he was in fact the cutest kitten in the world. 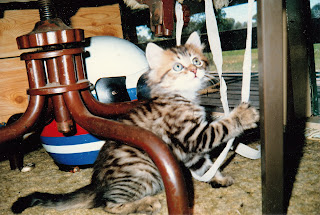 The cat with him here is my sister's boy, Taco, who was so kind to him. 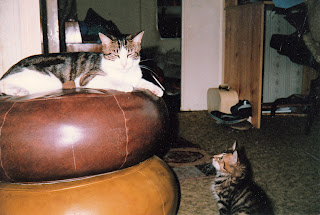 He was a Chinchilla, from a lady who bred 'blues', but he came out tabby instead, so he got to come live with me.

He didn't really suit his name.  He grew to be so beautiful and dignified.  He was rather gormless, though.  I'm not sure how much thinking he did!

Never really smoochy, he did like to hang about with you.  Occasionally, if it was very cold, he would deign to grace your lap for a while, on his terms of course! 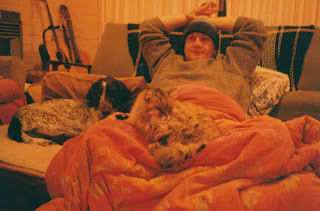 But most of he time, this was what expressions of affection were greeted with... horror!

He could look quite fierce, but actually, whenever you had to do anything like groom or vet him, he would get this buggy-eyed look and let you do whatever you wanted.


This was lucky, because he was prone to abcesses all his life, so he spent rather a lot of time with one part or another needing to be kept shaved and treated.  They could be hard to find in all that fur, especially since he wasn't very touchy feely, so I didn't get to have my hands on him much.  Once he even had an abcess explode just as the vet was poking it to see what it was like!  Oh well, that saved me the cost of another operation, but euuuuwwwww!

This is him upstairs with sweet Massey, who was my sister's cat but lived with us for a while.  As you can see, he was a bit skewiff in the cheek-hair due to another recent abcess incident! 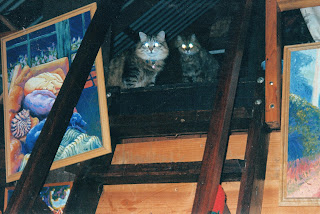 As he got older, he also had to be clipped down to manage his huge coat in the hot weather.  That and the matts he would get because it was just so cottony when he got old that I couldn't keep it un-matted, though he was very good about being brushed.

The rest of the time, though, he spent being hairily decorative. Even in his later years, he was a magnificent cat.
Of course I loved to paint him.  How could I not? 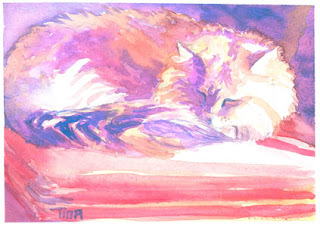 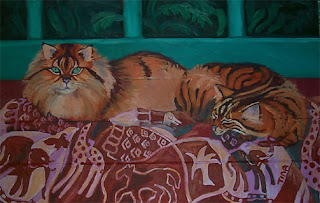 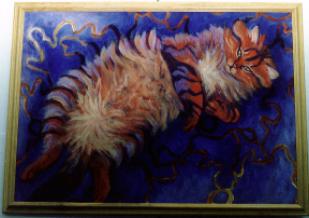 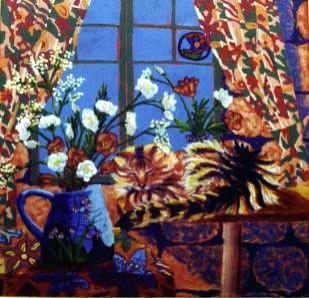 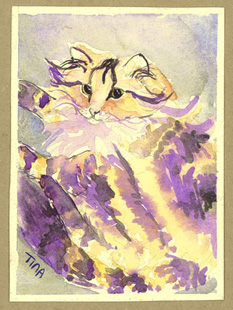