Dogs of the Family Pack: Freyja

Freyja is a venerable fourteen year old now.  She has been in Jen's family since before those two precocious redheaded nieces of mine came along, since Teelah was, I think, nine years old. 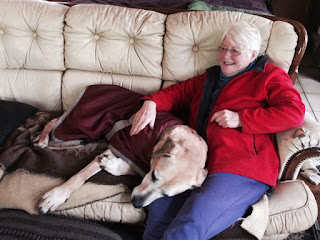 She has always been special to me. I first met her as a tiny pup in the breeders' home when Jen's family were deciding which pup from the litter to take. (I wanted them to pick her!) We also had her to stay for a while when she was quite young, which seems to have had a lasting impression on both she and I.  And then there is that past-lifey thing I have for large, short-haired dogs...

She was quite an adorable pup! 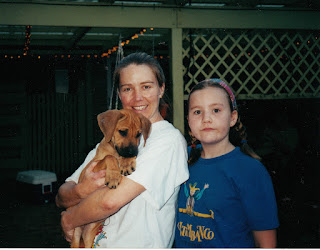 And a very large and clumsy teenager. 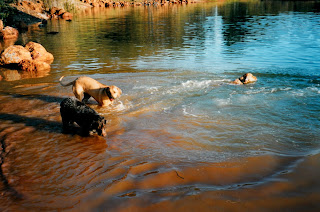 She has always been a beauty, though, young or old. 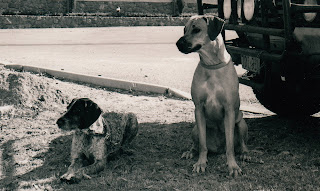 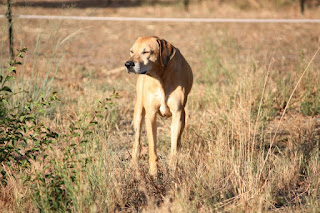 She is very big indeed, even for a Rhodesian Ridgeback.  She is very embarrassed about her size a lot of the time. 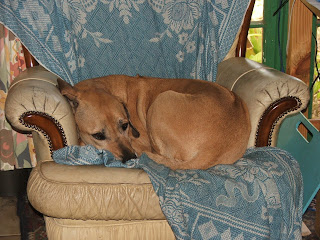 As the family has grown and expanded, she's done a great job being number one protector, head rest and leaner. 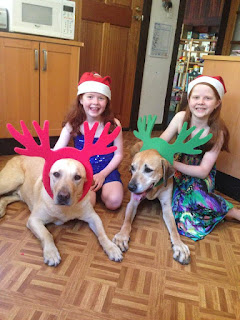 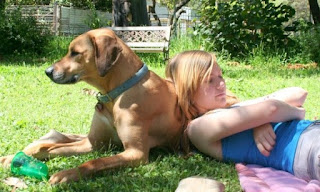 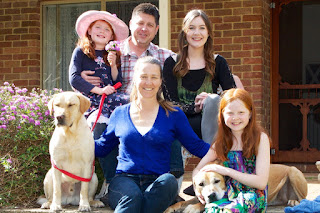 And she's mixed in with the family pack really well, though she has always stood out a little! 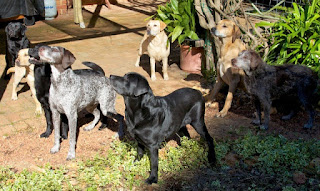 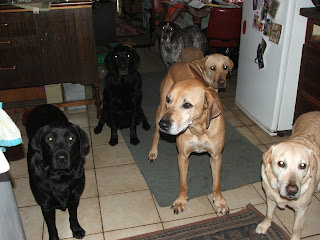 Like a Greyhound, she seems to almost always be taking poses that are needing to be painted, so paint her I have. 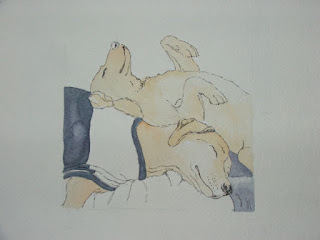 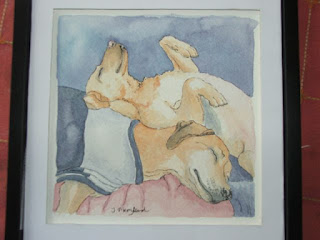 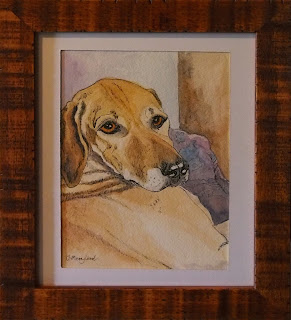 Thanks for letting me be a part of your inner circle, Fra!