Skies and Other Art

It's been a week for great skies! 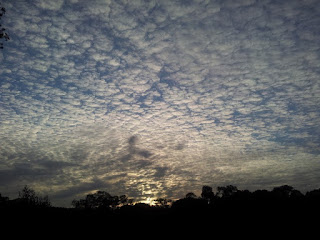 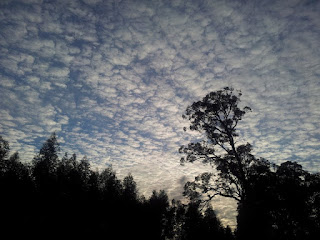 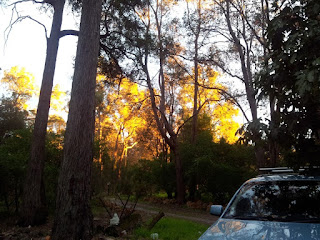 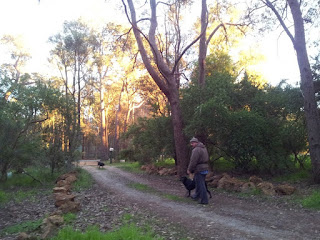 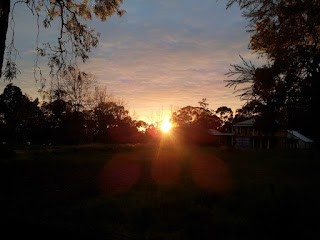 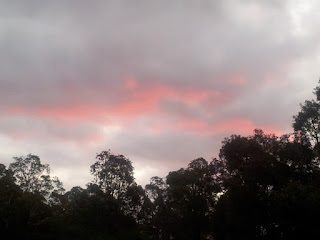 The other night we saw our niece Molly in a play.  It was Wyrd Sisters, based on the Terry Pratchett novel, so you just know I was well into that!  She is a fantastic litt... oh can't really say little actress can I?  At 12 she is way taller than me already!   Was a really fun production and the depth of talent was great to see. 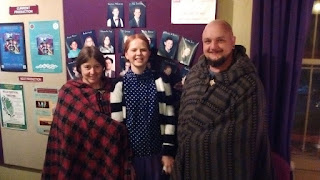 We wore our cloaks because, well, why the hell not?  And because it was cold in the old theatre, and to dress up for the play a bit.

This week I also finished the little portrait I started of Niamh when she was working on her own portrait, just because I had to have a canvas to demonstrate on, and she was what was in front of me.  She liked it so much I said I'd finish it and put her hand and a paint brush in it and she can hang it right next to her own work, so it will be a painting of her doing a painting next to the painting.  :) 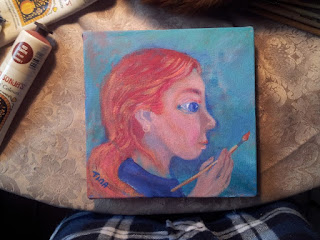 It's not a perfect capture.  I was using a scuzzy old brush and weird colours with the canvas on my lap, because she had all the good stuff, and I never expected to keep what I started, but she likes it so that's what matters!

Cyrano, the artist's kitty.  He was hoping for some more life-modelling work. 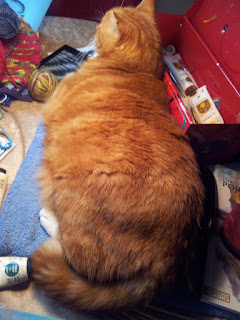 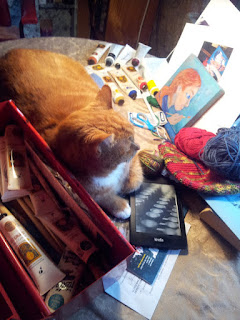 Last weekend we were up at the polling station recruiting for the brigade and mum came up to vote.  These are her two kids, Angus and Tess, waiting for her to come back out. 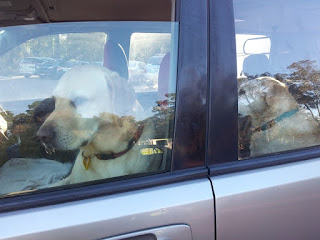 And here is Tuppy with her Grandma Tess when we minded her for a while on Sunday. 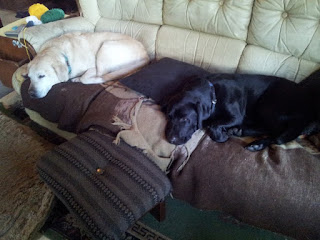 I think this pic of Andrew out recruiting is adorable!