Bark, and I don't mean woof.

A lot of our Ghosty Gums of different sorts are losing their bark just now, and it is very pretty because the new skin underneath is so fresh and bright. 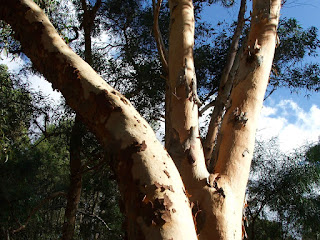 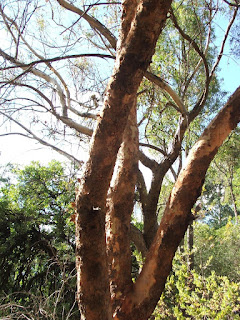 In the Eastern States, where these trees mostly come from, this season is known as Barkfall.  Julie Brett, a fellow Druid from Druids Downunder, worked out out this seasonal wheel of the year for Sydney, her home. 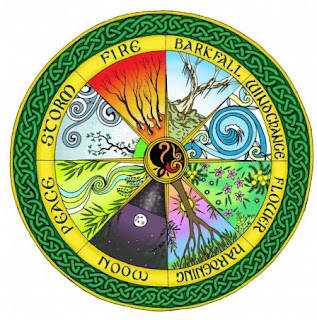 Connection to where you live is very important to Druidy people.  :)  I haven't done this for my bit of WA yet, but I've been keeping an observational diary to help me do so in the future. 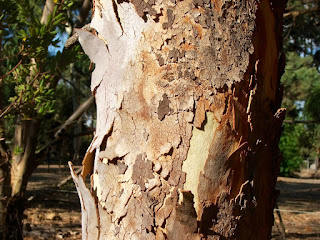 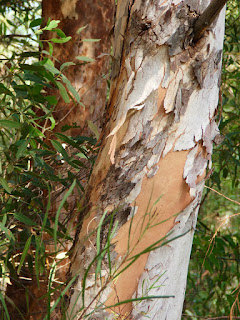 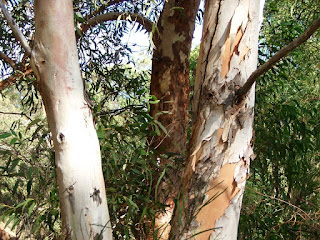 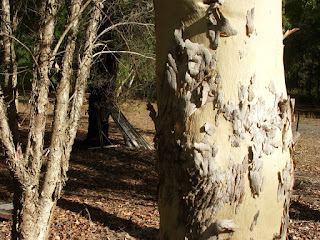 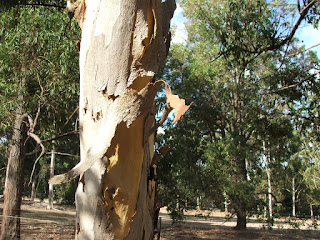 This tree isn't losing bark just now, but I've wanted to get a picture. It is growing precariously on a strong lean. So far so good, but we won't be surprised if one day it comes down in a storm.  Luckily it won't bother anyone when it does, so we've let it be. 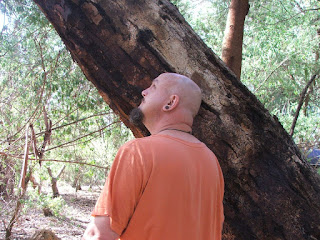 In the meantime, I feel my shoulders crawl whenever I have to go under it to collect sticks! 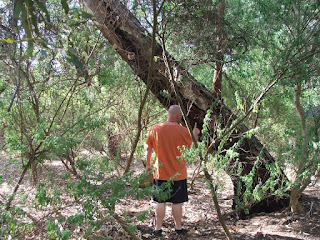 Are you connected to the land and seasons where you live?