Dogs of My high Pack: Sam

Sam was a rescue. The vet thought she was maybe two when she came into the shelter where I was working.  I don't know why, of all the dogs there, this plain medium-sized black dog caught my affection, but she did.  Maybe it was because she cleaved to me as much as I did to her.

She was heavily pregnant when she came into the shelter, and she was too stressed to have her puppies, so I took her home to have them.  I tried taking her back to the shelter after that, but she was my dog by then, so home she came again.

These are the very first pictures I have of her. 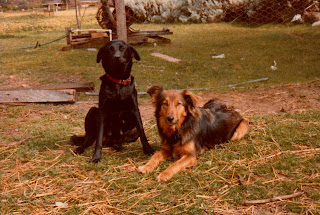 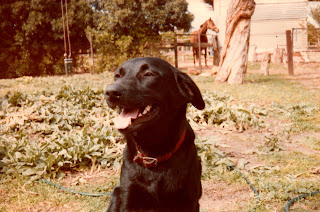 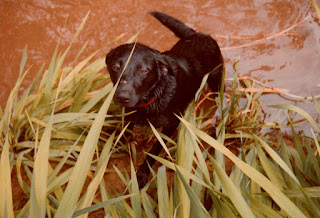 I'm not sure of her breeding, but she seemed mostly Lab, with maybe a touch of Border Collie. At any rate, the shape of her face and tail made me think she maybe had a bit of Border Collie in there. Of course we know these days that a lot of random crossbreeds turn out to have a large mix of breeds in them, but that was my guess in those days.

Keech was about two as well when Sam came into our family.  She was very different to Keech the extrovert but they were good friends. 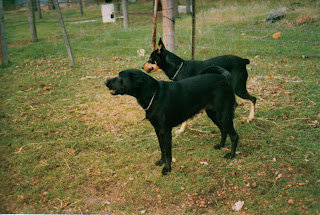 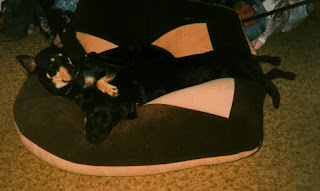 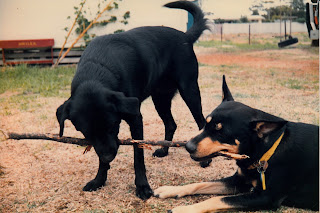 Keech loved everyone, Sam loved only me and a couple of very privileged other people.  Her nickname was The Phantom Blackdog, because if I was there, she was there, generally quietly behind or beside me. 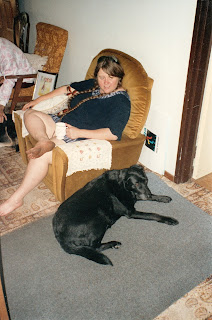 She didn't love small children and would snarl at them silently.  I don't know what her past was, but she really didn't like them, though she got to like my nieces.  I always smile to remember one time when I'd warned a child away from her, then later heard the child say, "Look she does like me, she's smiling at me!"  Eeek, quick removal of child!  That was no smile!

She wasn't much of a fan of puppies either, but she did tolerate the family ones. 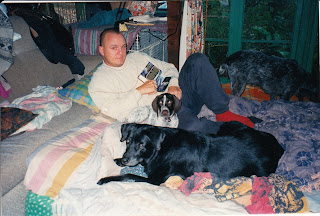 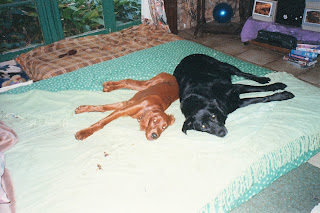 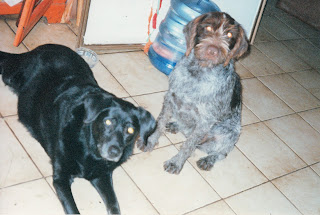 She lived to be seventeen!  Sometimes it's hard to remember that she was once lively and even naughty. 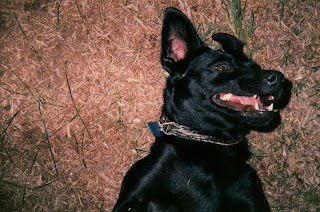 Her favorite thing when young was to have sillies, where she ran in a figure of eight with me in the middle, and would jump up and bite my bum on her way by. 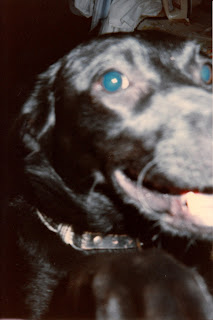 She was also rather keen on hunting kangaroos and would occasionally chase one while we were out riding in the bush, coming back later exhausted and sheepish.  She liked to dig too! 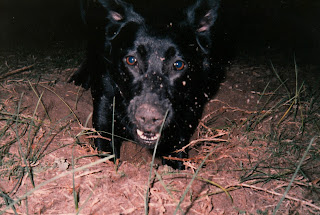 She was sleek and beautiful. 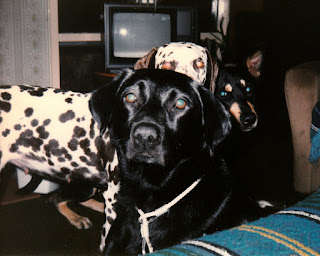 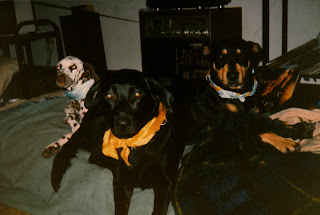 She really loved who she loved. 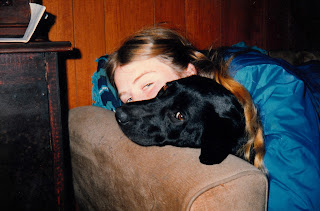 And she really, really loved me.  She comes to me now to Guide me on inner journeys.  Still quiet, still right there beside me. It's nearly as good as having her here.  Nearly.  One day we'll be together again. 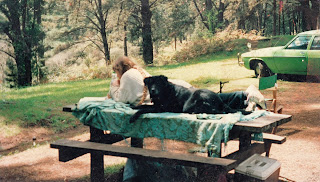 Email ThisBlogThis!Share to TwitterShare to FacebookShare to Pinterest
Labels: Dogs, Dogs of my high pack